The complaint brought by Globomedia against Alex Pina, creator and scriptwriter of “Money Heist”, is dismissed 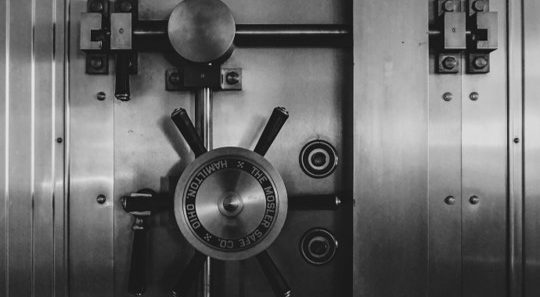 Globomedia, the company that has produced series such as “El Internado” or “Vis a Vis”, filed a complaint against Alex Pina and his company La Raspa Producciones S.L.U., on the grounds that he had breached the contract for the provision of services and assignment of intellectual property rights signed by both parties in creating “Money Heist” and not assigning the rights in this to Globomedia.

On 13 November 2019, Madrid Mercantile Court No. 3 acquitted Alex Pina, the creator of this series whose fourth season recently premiered on Netflix, while ordering Globomedia to pay the costs after issuing its decision in the ordinary proceedings following the complaint filed by Globomedia. In its complaint, Globomedia claimed that Alex Pina had breached the contract for the provision of services and assignment of intellectual property rights signed by both parties.

The professional relationship between both parties dates back to 1998. From this year, Mr. Pina provided services to Globomedia as a scriptwriter and, since 2007, several contracts were signed between the parties for the development and preparation of audiovisual projects, with Mr. Pina being responsible, as executive producer, for the coordination and production work with regard to these projects since 2014.

Globomedia sought compensation for damages amounting to 871,641.76 euros as it deemed that the contract concluded in 2016, for the “provision of services in relation to the creation, design, writing, content management, development and execution production of audiovisual projects in the field of television, films or other fields, and for the assignment of intellectual property rights in the works and creations resulting from the provision of such services”, had been breached by the scriptwriter since, according to the plaintiff, this contract established a “priority or preference regime” había sido incumplido por parte del guionista, pues según el accionante, en el mismo se establecía un “régimen de prioridad o preferencia” in favour of Globomedia over all Mr. Pina’s creations, yet Mr. Pina created the script of “Money Heist” without the plaintiff’s knowledge during the life of the contract.

It should be highlighted that, unlike other previous contracts, this contract signed on 21 April 2016 did not include Mr. Pina’s undertaking to personally perform the coordination and production tasks, but allowed La Raspa Producciones, S.L.U. to outsource the provision of the services to any person as it deemed necessary. As stated in the decision, the actual contract “likewise allows the service provider to provide its services simultaneously to other clients precisely in the field of television”.

For their part, the defendants denied having created the script for “La Casa de Papel” behind Globomedia’s back, arguing that the contract was concluded between GLOBOMEDIA and LA RASPA PRODUCCIONES, S.L.U. and, thus, alluding to the scriptwriter’s lack of standing to be sued. Furthermore, they claimed there was no exclusivity agreement in favour of the plaintiff.

Therefore, the judge dismissed Globomedia’s claims, concluding from the literal and systematic interpretation of the contract that Mr. Pina “[…] had no obligation to submit to Globomedia the possibility for this to take any project he may devise or create within the field of television for the duration of the contract concluded on 21 April 2016, thus being entitled to submit these to third party clients, independently from whether they were created by the scriptwriter or by third parties […]”. 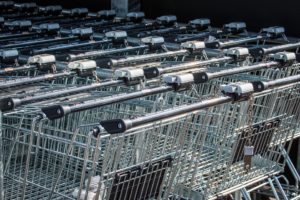 In a passionate dispute over shopping trolleys locks, Valencia Commercial Court No. 2 has found against a supplier who had been displaced at one of Spain’s largest retail chains (Judgment 134/19 of May 6th, 2019 in PO764/2017).

When this happens, emotions tend to run high and the row often ends up in court. The shunned supplier frequently alleges infringement of a utility model together with slavish imitation giving rise to unfair competition. A driving force for such litigiousness is the fact that utility models are not subject to any substantive examination in most European countries, for instance, in Spain and Germany. There is no bar to obtaining an exclusive right based on something which may be lacking in merit. This effectively shifts the State’s functions onto the shoulders of competitors, who are saddled with the burden of proving that the title is invalid. It might be fairer if that burden were shifted to the title-holder who, after all, has obtained an exclusive right based on nothing more than his or her own say-so.

The justification for this system is that it provides SME’s with a route to obtaining fast-track protection for inventions at a reasonable cost, thereby giving them access to the patent system and encouraging innovation. However, SME’s competitors are usually other SME’s who may be unjustifiably precluded from carrying out further developments simply because they cannot bear the cost of litigation. It is only fair to point out however that the system does have some checks and balances. The patent office can carry out a prior art search upon request and in fact this has now become mandatory in Spain before enforcement proceedings can be brought. Unlike the case of patents, a German infringement court can consider validity as a defence – an exception to bifurcation. Post-grant opposition is also available in both countries, which can be undertaken for a fraction of the cost of court proceedings.

In the Valencia case the Court found that the new shopping trolley locks did not infringe the utility model which was described by the Court as a simple alternative lacking in any inventive merit. Whether the lock was a slavish imitation or not was irrelevant from the point of view of unfair competition, as imitation per se is expressly permitted by the Spanish Unfair Competition Act. The Court had not been shown any evidence that the imitation had interfered with the normal workings of the marketplace such as causing a risk of association with the original coin-lock in the mind of the average buyer.

This decision applies settled case law which upholds the principle of free imitation. This comes as a surprise to many people who somehow imagine that their “intellectual property” is automatically protected. The whole point of the free market economy is that the public be offered a range of similar products. The granting of patents and other exclusive rights is in fact an exception to this general rule which is only justified because it encourages innovation. 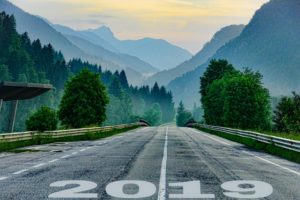 The Commercial Court of Barcelona and the European Union Trade Mark Courts of Alicante have published their report summarising the application of the duty service and fast-action protocol for the Mobile World Congress held last week in Barcelona (MWC 2019). The information provided in this report will be no surprise for those, such as ELZABURU, having experienced first-hand the procedural peripeteia at this Congress.

In addition, the actions of the courts of Barcelona and Alicante were exemplary when assessed regarding the judicial response and the efficiency of the mechanisms established in the Protocol. All remaining is to think of MWC 2020!