2021 Review of Notorious Markets for Counterfeiting and Piracy

The Notorious Markets List identifies prominent and illustrative examples of online and physical markets in which pirated or counterfeit goods and services are reportedly available or which facilitate, turn a blind eye to, or benefit from substantial piracy and counterfeiting. This report identifies 42 online marketplaces and 35 physical marketplaces that participate in or facilitate these violations. 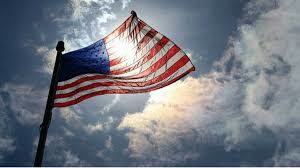 This year’s Issue Focus of the Notorious Markets List examines the adverse impact of counterfeiting on workers who are involved in the manufacture of counterfeit goods. Past issue focus sections highlighted e-commerce and the role of Internet platforms in facilitating the importation of counterfeit and pirated goods into the United States (2020), malware and online piracy (2019), free trade zones (2018), illicit streaming devices (2017), stream ripping (2016), emerging marketing and distribution tactics in Internet-facilitated counterfeiting (2015), and domain name registrars (2014).

According to this report, manufacturers of counterfeit goods operate outside of regulations and inspection systems, leading to widespread labor violations alongside already well-known intellectual property violations. There is an opportunity for the companies and enforcement authorities that work to shut down counterfeiting operations for intellectual property violations to collaborate and coordinate with those focused on forced labor and other workers’ rights violations to uncover and remedy these critical issues. If labor inspectors, labor-focused organizations, workers’ rights associations, and others target counterfeit manufacturing facilities for enforcement, this will not only protect workers and consumers, but will also reduce global trade in counterfeit goods.

The U.S. Department of Homeland Security[i] explains that counterfeit goods are “often produced in unsafe workplaces, with substandard and unsafe materials, by workers who are often paid little or sometimes nothing in the case of forced labor”. Non-governmental organizations and industry contacts have reported that factories located in China making counterfeit products often have unsafe working conditions that do not adhere to local or international environmental, health, and safety standards. Right holders report that detecting these facilities is increasingly difficult for them because the operators know their operations are illegal and therefore take measures to evade detection.

In 2021 the world continued to adjust to the COVID-19 pandemic. Government restrictions on tourism and movement resulted in some markets known for openly selling counterfeit goods, such as MBK Shopping Mall, Patpong Street Market, and Soi Nana in Thailand, reportedly having no, or very few, of the problematic stores open. Such reductions or cessations in counterfeiting activity are not necessarily the result of improved policies or enforcement practices at these markets. Some shops have adapted, however, with sellers of counterfeit goods transitioning from physical stores to e-commerce platforms and using the physical storefronts to facilitate the fulfillment of online sales. Online sellers of counterfeit goods have also increased efforts to evade the anti-counterfeiting processes and systems established by governments and e-commerce platforms by, for example, using social media advertisements and influencers, hidden links, and drop shipping schemes.

In relation to Spain we find Pelisplus (it offers a content management system that lowers the barriers to entry for commercial piracy services; it also  operates its own Spanish-language piracy site that is popular in Latin America and Spain, offering more than 7,000 links to unlicensed copies of more than 4,000 movies and television series); Sci-Hub (it is reported that Sci-Hub and its mirror sites, like Libgen, facilitate unauthorized access to approximately 88 million journal articles and academic papers, which is 85 percent of all articles published in toll-access journals, with blocking orders being issued by Spain and other countries); and ThePirateBay (one of the first bittorrent indexing websites and one of the most vocal in openly promoting piracy, it remains the most frequently visited bittorrent index site in the world; it does not respond to any notice-and-takedown requests and Spanish authorities and authorities in other countries have issued orders blocking access to this site).

Fortunately, this year no physical market in Spain is included in this blacklist of worldwide counterfeits.   [1] https://ustr.gov/sites/default/files/IssueAreas/IP/2021%20Notorious%20Markets%20List.pdf

This entry was posted on Monday, February 21st, 2022 at 11:26 am and is filed under Elzaburu. You can follow any responses to this entry through the RSS 2.0 feed. You can leave a response, or trackback from your own site.