SPATEN-FRANZISKANER-BRÄU GmbH is the owner of two international trademarks, “Franziskaner” (No. G807592) and “Franziskaner Weissbier” (No. G1241072), licensed to Budweiser Investment (China) Ltd. (hereinafter referred to as “Budweiser”) for the use and maintenance of both trademarks in China.

On March 7, 2019, Budweiser filed a trademark infringement lawsuit, arguing that Guangzhou Oriental Keyuan Import & Export Co. Ltd. (herein after “Keyuan”) had infringed its trademark rights by importing a batch of beer that was identical to the two international trademarks mentioned above without permission. The defendant argued that the imported beer was a legal parallel import, produced in Europe by the trademark owner (SPATEN-FRANZISKANER-BRÄU GmbH) and exported through its affiliated company, which did not constitute an infringement of the trademark rights in question. 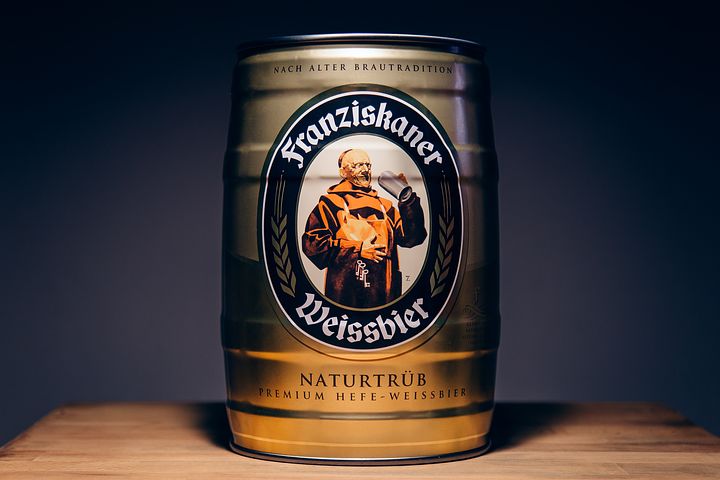 The Yuexiu District People’s Court ruled in favour of the plaintiff, requiring the defendant to destroy the infringing products and compensate the plaintiff for damages. However, later, on appeal, the Guangzhou Intellectual Property Court overturned the first instance judgment and found that the defendant’s goods constituted legitimate parallel imports.

In the main proceedings, the Court found that the beer at issue was originally produced and placed on the market in Germany by SPATEN-FRANZISKANER-BRÄU GmbH, and then sold and exported by INBEV BELGIUM S.A. to OKUNI TRADING BUANGKOK CRESCENT, the authorized importer and distributor of “Franziskaner” beer in Singapore. Later, STARBEV PTE LTD resold the beer purchased from OKUNI TRADING to the defendant, and OKUNI TRADING arranged the shipment from Singapore to China directly in accordance with the sales contract between OKUNI and STARBEV and between STARBEV and the defendant. The evidence available proved that the manufacturer, the seller and shipper in Europe, the licensor who authorized the importation and sale in Singapore, and the plaintiff of this case were all direct or indirect holding companies of ANHEUSER-BUSCH INBEV NV/SA.

Therefore, the court found that the parallel imported goods were genuine.

Secondly, and since the People’s Republic of China does not explicitly prohibit all parallel importation of trademarks, the court shall base its judgment on the legislative purpose and principles of trademark law on a case-by-case basis, i.e., to safeguard the function of trademarks and protect the interests of consumers.

The core function of a trademark is to identify the source of goods. In this case, the trademark used in the allegedly infringing goods was substantially owned by the same right holder in both the country of origin (Germany) and the country of final import (China). Therefore, for the relevant public in the Chinese market, the allegedly infringing trademark did not sever the exclusive link between the trademark owner and the parallel imported goods and did not create a risk of confusion.

In addition, both the parallel imported goods and the goods licensed for sale in the Chinese market were under the control of the same right holder’s product quality control system and were placed on the market by the right holder in accordance with the market rules, which means that the quality assurance inherent in the trademark had been fulfilled.

Case law China Parallel imports
This entry was posted on Thursday, September 9th, 2021 at 12:24 pm and is filed under Elzaburu. You can follow any responses to this entry through the RSS 2.0 feed. You can leave a response, or trackback from your own site.