A recent judgment (Case T‑193/18, 24 March 2021) by the General Court has revealed the importance of precise descriptions in applications for the registration of trademarks consisting of a combination of colours.

On 19 December 2008 Andreas Stihl AG & Co KG filed an application to register a colour sign (shown below) as an EU trademark (EUTM) for “chainsaws” in Class 7. The sign was a combination of colours per se, identified as “orange (RAL 2010)” and “grey (RAL 7035)”, and was accompanied by the following description: “The colour orange is applied to the top of the housing of the chainsaw and the colour grey is applied to the bottom of the housing of the chainsaw”. 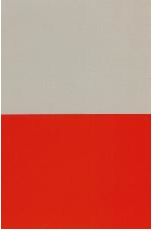 On 24 June 2015 Giro Travel Company SRL filed an application for a declaration of invalidity of the trademark, essentially arguing that the mark was not capable of distinguishing the goods at issue as it did not satisfy the Sieckmann criteria(Case C-273/00) – that is, the representation of the two colours was not clear, precise, self-contained, durable and objective. Giro Travel argued that the colour combination of orange (RAL 2010) and grey (RAL 7035) was commonly used in the field of forest tools, so consumers were not likely to perceive it as a badge of origin.

The application for a declaration of invalidity was rejected in the first instance by the Cancellation Division of the EUIPO, but following an appeal by Giro Travel, the Second Board of Appeal annulled the Cancellation Division’s decision and declared the colour trademark at issue to be invalid. The Board of Appeal found that a sign composed of a combination of orange and grey per se was not capable of distinguishing the trademark owner’s “chainsaws” from those of other undertakings.

Andreas Stihl appealed to the General Court. The court upheld the appeal and annulled the decision of the Second Board of Appeal.

Appeal to the General Court

Andreas Stihl relied on a single plea in law, alleging infringement of Article 4, read in conjunction with Article 7(1)(a), of Regulation 40/94, as it considered that the graphic representation of the colour mark at issue was suficiently clear and precise. Further, it contended that the representation contained a systematic arrangement in which the colours were used in a predetermined and uniform manner, with the particular shades of colour identified using a colour code, and with the inclusion of a very specific description, in compliance with the requirements set out by the Court in Heidelberger Bauchemie (Case C-49/02).

The EUIPO reiterated its position and contended that it was unclear whether, in Heidelberger Bauchemie, the court considered that the representation of two colours in equal proportions and placed side-by-side was tantamount to claiming colours “in every conceivable form”, or whether such a representation was unclear only if the description rendered it imprecise.

Additionally, the EUIPO argued that the combination of colours of which the EUTM at issue was composed could be reproduced on products of different shapes, and that the description allowed for different combinations and did not add any clarification capable of suficiently defining the systematic arrangement of the colours applied for, to the exclusion of any other arrangement.

The General Court found that, although the two colours defined by means of two identification codes did not, as such, have contours giving them a particular shape, the description included in the trademark application specified that the trademark takes the form of a part of a chainsaw housing, further specifying that the upper part of the housing would be orange, while its lower part would be grey.

For the court, this description placed a greater limit on the shape which the chainsaw housing could take, limiting the variations in design that consumers could perceive, and the colours did not take “all conceivable shapes” in such a way as to imply that the mark lacked the precision and uniformity required by Article 4 of Regulation 40/94.

The court considered that the EUTM at issue must be regarded as having a systematic arrangement which associates the orange and grey colours concerned in a predetermined and uniform way. It was thus considered that the EUTM was capable of acting as a badge of origin for the relevant specialist public, and was also capable of enabling the competent authorities and economic operators to know the scope of protection afforded to the proprietor of that trademark.

This judgment of the General Court reveals that the description forming part of a trademark application for a sign consisting of a colour combination is of paramount importance when assessing whether it is capable of acting as a badge of origin. Further, the ruling is also interesting in that it provides clear guidance on how colour combination marks interact with goods which are not all designed to be identical in shape and whose external appearance may consist of variations in design, as long as the description identifies the parts to which each colour shade is to be applied. For future applicants for such marks, the important point to take away from this decision is that the more specific the description, the better.

Case law Colour trademarks General Court
This entry was posted on Thursday, May 27th, 2021 at 9:34 am and is filed under Elzaburu. You can follow any responses to this entry through the RSS 2.0 feed. You can leave a response, or trackback from your own site.