The Opposition Division upheld the opposition, based on the provisions of Article 8(5) EUTMR, and on the basis of the following trade mark: 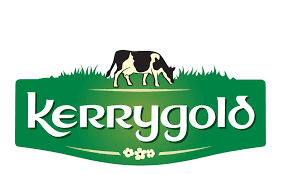 In December 2013, the applicant lodged an appeal against the Opposition Division’s decision. However, the proceedings before the EUIPO were suspended in light of the infringement action brought before the Spanish courts by Ornua concerning the sale of goods bearing the mark KERRYMAID.

In July 2019, the Board of Appeal ruled on Kerry’s appeal, partially annulling the Opposition Division’s decision and upholding the opposition filed by Ornua on the basis of Article 8(1)(b) EUTMR in respect of all the goods covered by the trade mark applied for, with the exception of “meat, fish, poultry and game” and “preserved, dried and cooked fruits and vegetables” in Class 29. The Board of Appeal concluded that the signs in conflict were similar to an average degree and, therefore, there was a likelihood of confusion in relation to the goods in classes 30 and 29 that were identical or similar to the goods covered by the earlier mark. Moreover, the Board of Appeal held that the peaceful coexistence of the signs in conflict in Ireland and the United Kingdom did not permit the conclusion that there was no likelihood of confusion for the part of the relevant public that is unaware of the geographical reference contained in the term “kerry”.

Kerry’s appeal before the General Court is based on a single plea in law: the alleged infringement of Article 8(1)(b) EUTMR in the Board of Appeal’s decision. Kerry argues that the Board of Appeal erred in concluding that there was a likelihood of confusion between the marks in conflict and it disputes the findings of the Board of Appeal regarding the relevant public’s perception of the geographical name “kerry”, the distinctive character of the earlier mark and the similarity of the signs in conflict.

In its judgment dated 10 March 2021 (T‑693/19), the General Court dismisses Kerry’s appeal and upholds the decision by the EUIPO’s Board of Appeal based on the following findings:

In relation to the objections raised by Kerry concerning the Board of Appeal’s analysis of the likelihood of confusion, the General Court holds as follows:

In light of the above, the General Court concludes that the Board of Appeal correctly held that there was a likelihood of confusion on the part of the non-English speaking part of the relevant public between the mark applied for and the earlier mark, within the meaning of Article 8(1)(b) EUTMR, in relation to the goods at issue.

Case law EU trademarks General Court
This entry was posted on Thursday, March 18th, 2021 at 9:50 am and is filed under Elzaburu. You can follow any responses to this entry through the RSS 2.0 feed. You can leave a response, or trackback from your own site.