In a bid for complete transparency, this past 28 February 2018 the Commission, in phase 2 of 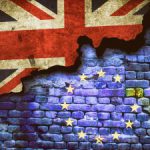 the negotiating process, made public its Draft Withdrawal Agreement for the countries of the European Union, setting out its proposals for solutions to the inevitable consequences Brexit will bring. Title IV of the Draft deals with Intellectual Property rights, including not just trade marks but also designs, plant variety rights, geographical indications, and designations of origin.

The Commission’s proposal is that the owners of rights registered in the European Union before the end of the transition period should automatically own those same rights in the United Kingdom without having to apply for registration in Britain, without being subject to examination by the British Authorities, and without having to pay for protection of their rights.

In its turn, in a letter sent to the British Government last December 2017, British Intellectual Property practitioners asked the Government to ensure continuity of the protection conferred by the European-wide intellectual property system, in which the United Kingdom has been an active participant, since it is regarded as one of the linchpins for being able to carry on normal business operations.

The position and interests of British practitioners thus appears to converge with the Commission’s proposal in respect of intellectual property rights. The position taken by the British Government remains to be seen.

One of the main stumbling blocks that has arisen in this phase of the negotiations between the Commission and the British Government to draw up a common text for the Withdrawal Agreement is setting a date for the end of the transition period. In its draft released in February, the Commission proposed a final date of 31 December 2020, that is, 21 months after the date set for Brexit, which is 29 March 2019. The British Government considers two years to be a suitable time period but does not want to commit to a hard date and proposes remaining in the single market and Customs Union as long as necessary.

The issue of the end of the transition period is to be discussed at the next meeting of European leaders, scheduled to take place in Brussels at the end of March. Judging from recent statements made by certain authorities, the position of the Government of Spain on this issue is the same as the Commission’s. It sees little point for either the European Union or the United Kingdom in keeping the UK in a system that it would have to continue funding even though it would not be able to take part in decision-making, since it would no longer be present in the institutions of the European Union.

The Member States have displayed unity and consensus during this process of withdrawal by the United Kingdom from the European Union, and they have taken a positive, constructive stance in seeking solutions that do not punish the United Kingdom but instead lay the groundwork for future relations with the UK when the transition period has ended and it ceases to be an EU Member State.

Still, the possibility that the negotiations may fail cannot be ruled out. In this respect, at the same time as it has been drawing up a draft text as a basis for agreement, the Commission has also taken this into account and warned the various economic operators of the possible repercussions that would ensue from a failure to reach agreement.

Spanish companies should therefore be aware that there is a risk that their trade mark rights could cease to have effect in the United Kingdom on 29 March 2019, and for this reason, at least for those companies interested in the British market, it could make sense for them to register their brands as national marks in the United Kingdom, even though their marks have already been registered with EUIPO as EU marks.

Brexit Community designs EU trademarks European Union United Kingdom
This entry was posted on Tuesday, March 20th, 2018 at 4:46 pm and is filed under Elzaburu. You can follow any responses to this entry through the RSS 2.0 feed. You can leave a response, or trackback from your own site.